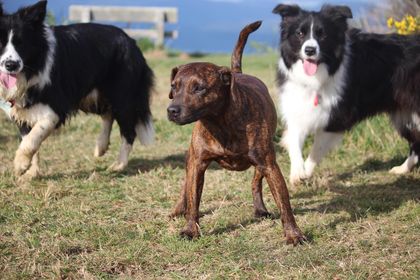 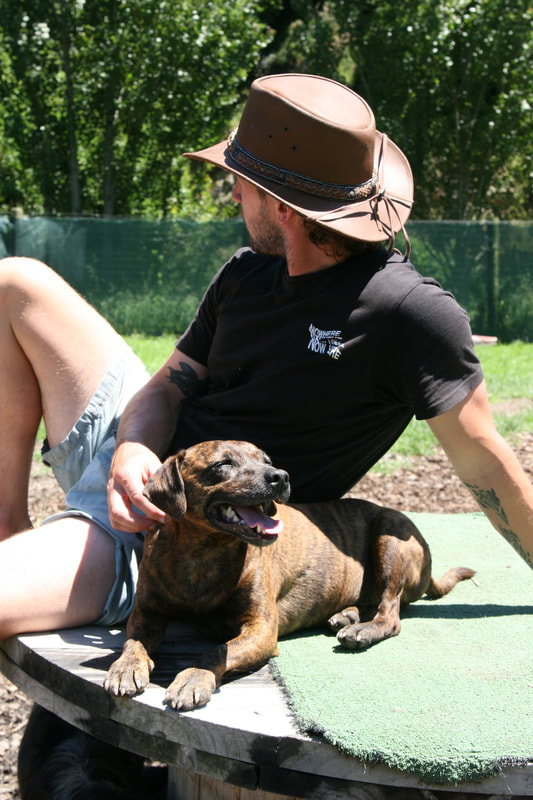 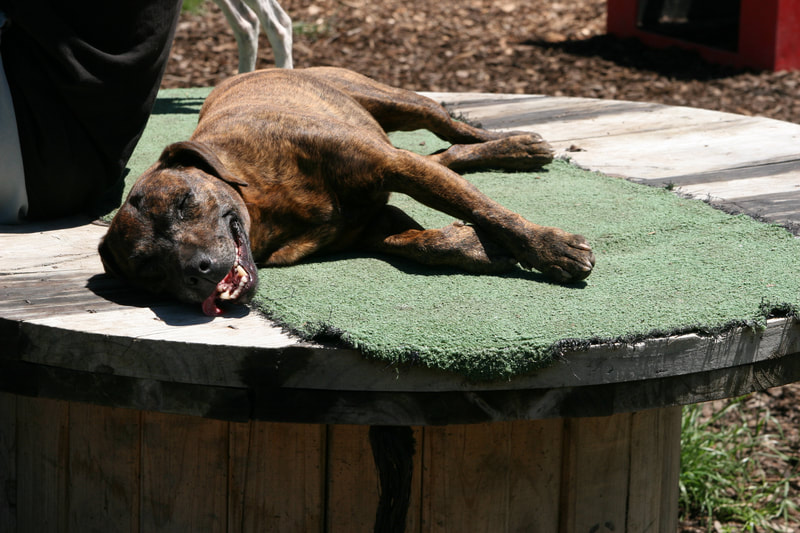 Alex is the pack leader of the epic Down with Dogs*. Says Alex: Nugget and I live on a farm in Makara Wellington, with two other dogs Molly the GSP x and Winston the 3 legged mixed breed. We live in a small cabin, with 70 acres as our back yard.
​
How did you come into each other’s lives? We met when I was working at a dog kennels in Auckland. I had been looking for a dog for a while, and was set on a big dog. A picture of Nugget came up on social media, and I thought, perfect, a puppy! He was small, but already fully grown being 1 and a half, I decided he was not the one. However I spent a lot of time with him and the more time I spent with him the more I fell in love. And I took him home a few weeks later.

How did you decide on his name? His old name was Tigger, I thought it was cliché for a brindle dog so I changed his name to Nugget because he is small and brown :)

What is he like? He is the sweetest cuddliest dog, who has such a big personality. Both humans and dogs are drawn to him. He soaks up all of the attention from humans, but is very particular with the dogs he has time for.

What makes him the goodest boy? He is a good listener, he makes the funniest noises, he has the best combination of crazy and chill. He communicates with other dogs before I even need to, and lets me know when there is a trouble maker in the pack.

What is his favourite walk? He likes Te ahumairangi. It has the perfect mixture of bush and grassy fields. He also likes the walk at home, as he likes sniffing for goats and rabbits.

Does he have a favourite toy? Orange chuck it ball

What is his favouritest thing to do? Playing fetch, rough housing with Molly his little dog sister, sunbathing and having one on one cuddles with his favourite people.

Where does he sleep? In my bed

What are his most loved foods? He likes camembert cheese, mackerel and weirdly chickpeas!

Has he had any transgressions? No, he has just gotten grumpier as he has gotten older!

For those humans who work outside of the home. What does your pup do when you go to work or out? He stays in my bedroom

What are his biggest lols? A noise when he gets really excited that sounds like a cat meowing. That he is the smallest dog of the pack, yet every dog listens to him, and is sometimes a little scared of him :)

*(seriously, if you are in Wellington and need a daycare check them out. Peggy lives her best rural life there whilst her humans are desk-bound).