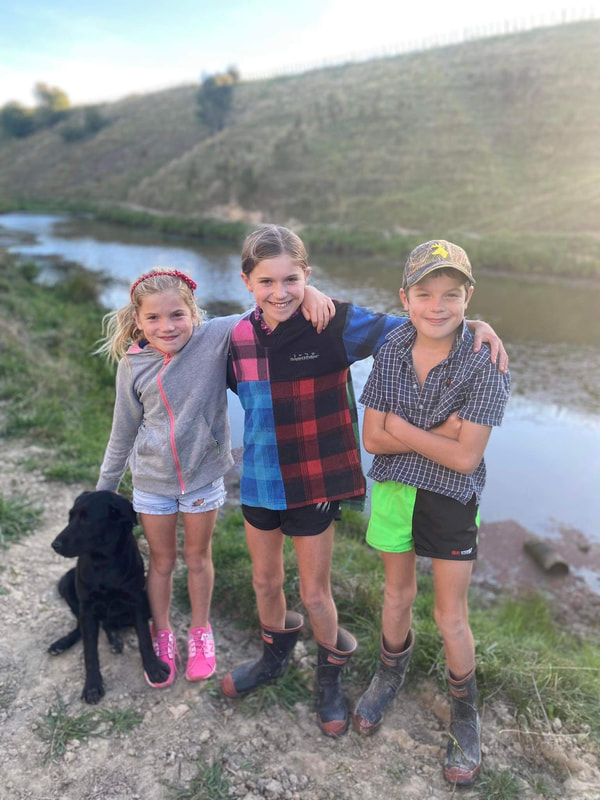 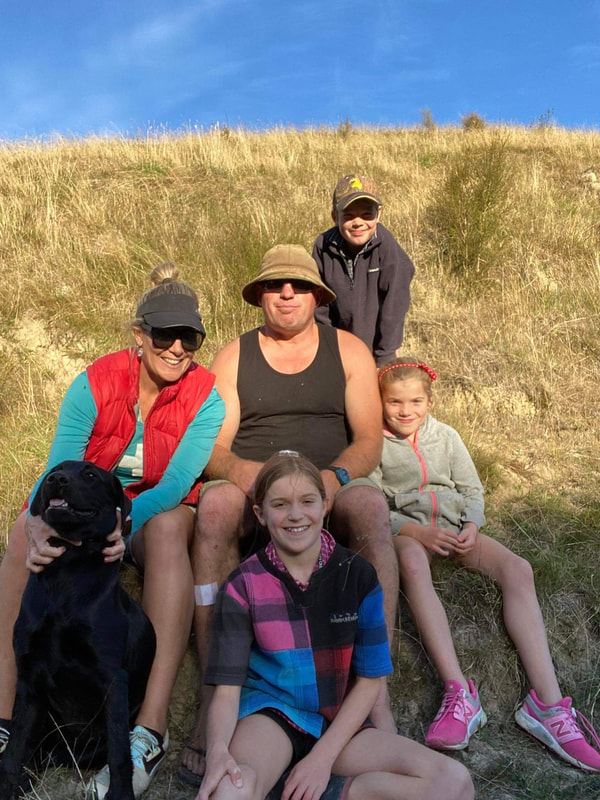 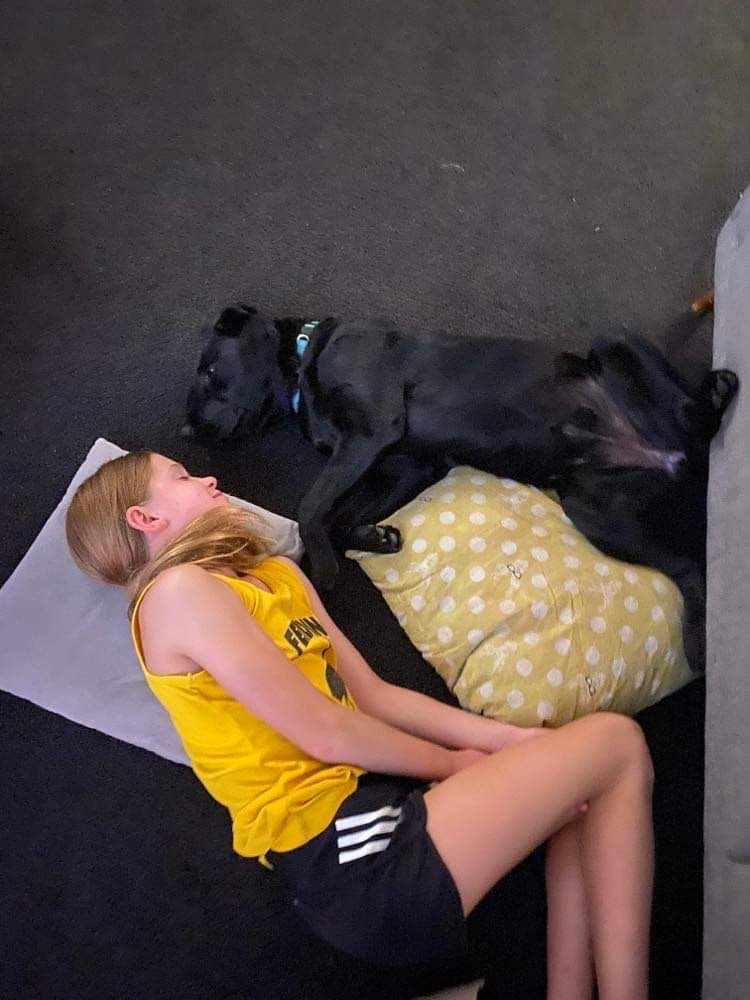 Lil Daisy Duke, a 6 month old black Lab, recently joined Bex (teacher and personal stylist), Hugh (builder and farmer), Maggie 10, Phoebe 8, Gus 8, Charlie the Burmese 14 , Albie the tabby 3 plus a collection of pet lambs. This whanau live in the  rural paradise of Halcombe (12km from Feilding) on 45 acres of beautiful farmland which looks across to Mt Ruapehu. I caught up with Bex to talk all things Daisy.

How did you come into each other’s lives? We had longed for a Labrador for a long time and had made a promise to get one when out elderly Jack Russell left us and my job wasn’t so hectic. Both those things happened at the end of last year and we found a litter locally. Hugh picked her (she was the quietest and most beautiful of the litter) and she was ours at the start of November 2021.

How did you decide on her name? Our previous dog was Bo named after Bo of Dukes of Hazzard. We decided to keep the theme and named her Daisy Duke.

What is Daisy like? Daisy is a gentle, happy (when she wags her tails her entire body moves) and clever dog. She loves being close to us and follows us wherever we go. It’s like she has been part of the family for a long time.

What makes her the goodest girl? She is very well behaved and is easily trained. She looks at us with a look of absolute adoration (goes both ways) and she is amazing with other dogs.

What is her Favourite walk? She hasn’t been off site for a walk as her walks are around the farm. She loves plunging into the dam and exploring the pine trees.

Does she have a favourite toy? Her giraffe which she takes everywhere.

What is her favourite thing to do?
Explore the farm with the kids, chew bones and fetch her giraffe.

Where does she sleep? She has a pillow in the lounge, the kitchen tiles and at night she is in her kennel outside.

What is her most loved noms [foods]? She would eat anything we put in her bowl however at the moment she just eats Black Hawk puppy food.

Has she had any transgressions? She does offensive farts. They even give her a fright.

What does your pup do when you go to work or out? We are lucky to have a friend who lives close by who Daisy has spent time with who have a lab called Poppy. They are best pals. Short stints are spent in her Kennel.

What are her biggest lols? She plunges off the haha (a grassy ledge) onto the flax. She is also scared of Albie which is quite comical to watch.

Anything I might have missed. I am here for allll dog related chat. We have been introducing Daisy to our pooch pals - Beau, Bo, Peggy and Poppy. They love playing together. It’s also a delight to take her to the beach where there is often other dogs and people to greet. She adores all three.
Return to main page